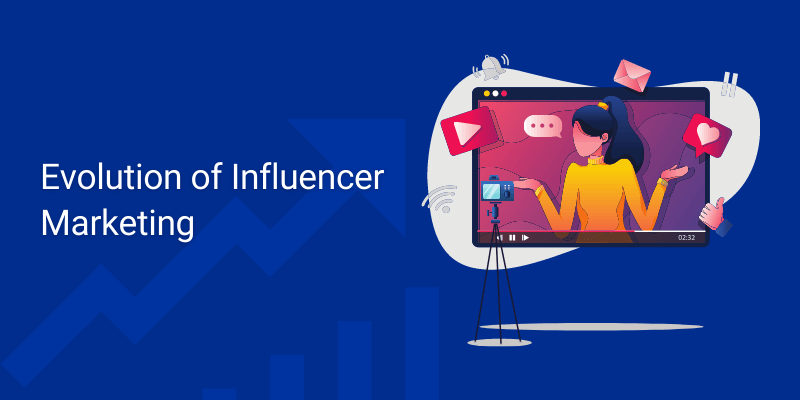 It is a long back story.

The entire fiction arises with marketing.

We are at a time when influencers are taking up the most control of the market.

Also, startups are linking up with the influencers for promotions by taking the help of Influencer marketing services in India like Celefi and more.

The buzz of influencer marketing is growing tremendously.

In fact, the search growth of ‘Influencer marketing’ over the last 5 years is 583%.

Likewise, it is not going to die this early from the market.

It has not only captured the Indian market, but it is also spreading like a forest fire in the international market.

Earlier, advertising was predominantly through these media. Therefore, there was no such influencer at that time.

Later on, the marketing team came up with a new idea. It was through personas. One of the most famous illustrations is the advertisement for Coca-Cola.

In that ad, the team showed Santa Claus as its figure of representation.

The idea did not fail. It worked, and soon the sales of Coca-Cola went up, even during The Great Depression.

The advertisement depicted the jolly Santa enjoying Coke, thereby influencing others to do so at the worst times.

There were a few more examples like the Tiger of Kelloggs, Mikey of Quaker Oats, and many more.

After personas and fictional characters, the era got occupied by celebrities.

They were at the top list of most of the brands. Sports brands like Puma, Adidas, Nike, etc., collaborated with the sports athletes, the superstars started coming in the ads.

In India, celebrity endorsement started with the appearance of Gabbar Singh in Britannia Glucose D biscuits. Since the character was adored by many people and became iconic, the sales of biscuits grew dramatically.

Just like that, the endorsements came into the picture. The only demerit was it being affordable by big brands only, who were willing to spend millions and billions in just one advertisement.

But sooner, it started waving off from the market.

It was difficult for the people to connect with them as the life of celebs was full of the limelight, expensive desires, and much more.

So, people started taking aback steps from celebrities, and soon it started declining in the international market.

However, many brands in India are still using the personalities for endorsement, and therefore from the Indian market, it will not get diminished so soon.

With the rise in the popularity of reality TV shows, their stars also came to the limelight. Hence, it became the period of endorsement through models, big names from TV shows, etc. They went on for a long time, along with the celebs and athletes.

Suddenly, the use of social media grew up to a great extent, and so the people there. It was a time when an ordinary person was not able to convey their message or unusual talent to other peoples out there.

Now, they have a media through which they can share their opinions over anything. Like, the review of any product, showcasing talent, and many more.

Since they lie in between ordinary people, their audiences are very connected with them. There are many cases in which some people buy likes, followers, and therefore the entire influencer industry is facing it.

But, we need to understand that many influencers are genuine and trustable. We need to follow them.

Additionally, there are so many influencers on these platforms. People share a trust bond with them, therefore follow them. In return, the influencers give them the type of content they need.

These influencers became popular all of a sudden due to the excessive use of social media. Thus, they overtook the market from the celebrities.

The current market of Influencers

Most of the companies rely on influencers for endorsement. If we talk about the startups, they don’t have enough budget to hire celebs. Therefore they also want influencers for brand representation.

There are many types of influencers ranging from nano influencers, micro influences to mega influencers. The brands can choose them depending on their budget.

Also, the conversion rates of influencers are higher than that of other marketing ways. Reports clarified that there is a minimum of 6 times the Return on Investment(ROI) through the influencers.

In addition to these, about 93% of the industry is planning to increase its influencer budget by 2021. Now, with that high demand and potentiality, influencer marketing will remain on-trend till 2025 and more.

There are platforms like Celefi and Cameo for linking ordinary people or brands with influencers.

Hence, it will grow more, and the influencer market will soon overtake all the traditional modes of advertising.

Please log in again. The login page will open in a new tab. After logging in you can close it and return to this page.